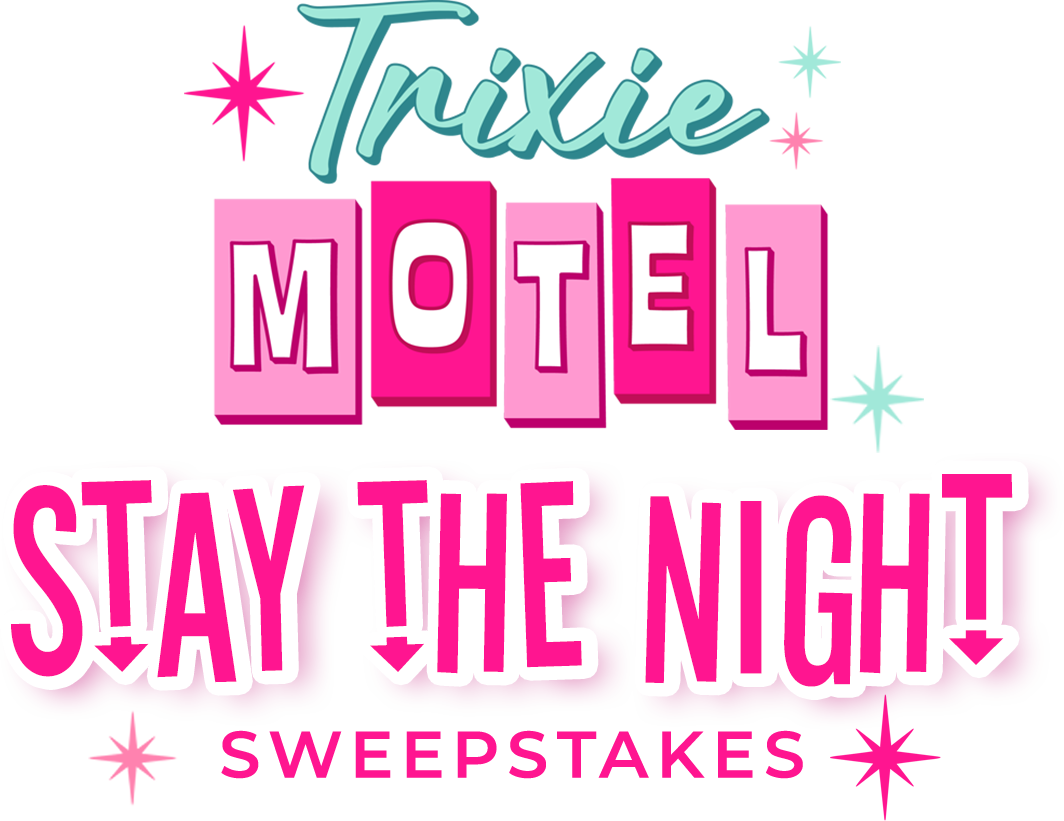 What happens when a world-famous drag queen renovates a motel in the middle of the desert? There’s only one way to find out! 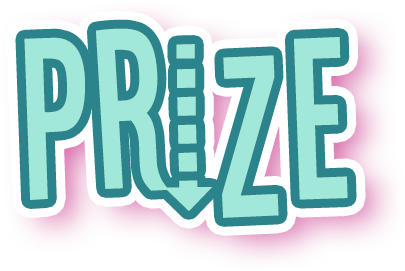 Enter for a chance to win a weekend getaway to Palm Springs, including a two-night stay at Trixie Motel, for you and a guest.

Thank You For entering

Way to slay that entry form! See the motel glow-up come to life in new episodes of Trixie Motel, streaming now on discovery+.

NO PURCHASE NECESSARY TO ENTER OR WIN. Open to legal residents of the 50 United States and D.C., age 21 or older as of Promotion start date. Void where prohibited. Odds of winning depend on number of eligible Entries received. Promotion starts at 9:00 a.m. ET June 3, 2022 and ends at 5:00 p.m. ET on July 15, 2022. For full Official Rules, prize disclosures, and to enter, visit sweeps.discoveryplus.com/trixiemotel. Sponsored by Discovery Communications, LLC, 230 Park Avenue South, New York, New York 10003.

TRIXIE MOTEL™ STAY THE NIGHT SWEEPSTAKES
OFFICIAL RULES – NO PURCHASE NECESSARY TO ENTER OR WIN.
A PURCHASE DOES NOT INCREASE YOUR CHANCES OF WINNING. OPEN TO LEGAL RESIDENTS OF THE 50 UNITED STATES AND D.C., 21 YEARS OF AGE OR OLDER AS OF PROMOTION START DATE. VOID WHERE PROHIBITED.

1. How to Enter: Beginning at 9:00 a.m. Eastern Time (“ET”) on June 3, 2022 until 5:00 p.m. ET on July 15, 2022 (the “Promotion Period”), you may enter the Trixie Motel™ Stay the Night Sweepstakes (the “Promotion”) by visiting the Discovery+® Website (sweeps.discoveryplus.com/trixiemotel) (the “Website”) and completing and submitting the online entry form (an “Entry”). All Entries must be received by the end time and date of the Promotion Period to be eligible for the drawing. Incorrect and incomplete Entries are void. These Official Rules are also available on the Website.

Limit of one (1) Entry per eligible person, per day during the Promotion Period. For purposes of this Promotion, a “day” begins at 12:00 a.m. ET and ends at 11:59 p.m. ET unless specified otherwise. If multiple Entries are received during the same day, only the first Entry will be accepted and additional Entries will be disqualified. Multiple participants are not permitted to share the same email address. Any attempt by you to obtain more than one (1) Entry per day by using multiple/different email addresses, identities, registrations or logins, or any other methods may void your Entries and you may be disqualified from the Promotion. Any use of robotic, repetitive, automatic, programmed or similar entry methods or agents (including, but not limited to, sweepstakes entry services) will void all Entries by you. In the event of a dispute as to any online Entry, the authorized account holder of the email address used to enter will be deemed to be the entrant. The “authorized account holder” is the natural person assigned an email address by an Internet access provider, online service provider or other organization responsible for assigning email addresses for the domain associated with the submitted address. Prospective Grand Prize Winner may be required to show proof of being the authorized account holder.

Note: In order to access the Website and in an effort to optimize the Website’s user experience, ad blocking software on your computer may need to be disabled.

2. Eligibility: This Promotion is open only to legal residents of the 50 United States and D.C. who are 21 years of age or older as of Promotion start date. Employees and members of their households, whether or not related, and immediate families (spouses, parents, siblings, children and each of their respective spouses) of the Promotion Entities (as defined below) and their respective parent companies, subsidiaries, and affiliates, and their advertising and promotion agencies and all local sponsors are not eligible. Void where prohibited.

3. Privacy: In connection with the Promotion entry process, Sponsor may be collecting personal data about entrants on the Website in accordance with its privacy policy. Please review Sponsor’s privacy policy located at: https://corporate.discovery.com/privacy-policy/. By participating in the Promotion, you hereby agree to Sponsor’s collection and usage of your personal information and acknowledge that you have read and accepted Sponsor’s privacy policy. When you enter at the Website, you may be asked to consent to receive promotional emails and reminders for upcoming promotions and information about Sponsor and/or other Promotion Entities. Consenting to receive such emails is optional and does not have to be agreed to in order to be eligible to enter the Promotion and does not improve your chances of winning.

4. Publicity Grant: Except where prohibited, participation in the Promotion constitutes your consent to Promotion Entities’ use of your name, photograph, likeness, statements, biographical information, voice, Entry, and state of residence for promotional purposes in any and all media, now or hereafter devised, worldwide in perpetuity, without further payment or consideration, notification or permission.

5. Limitations of Liability: Discovery Communications, LLC (“Sponsor”), The TEAM Group, LLC, US Sweepstakes & Fulfillment Co., and any other participating entities (collectively with Sponsor, the “Promotion Entities”), their respective affiliates, subsidiaries, parent companies, advertising and promotion agencies, prize suppliers and their respective officers, directors, shareholders, employees and agents, and any and all Internet servers and access provider(s) (collectively, “Released Parties”) are not responsible for: any incorrect or inaccurate Entry information; human error; technical malfunctions; failures, omissions, interruption, deletion, or defect of any telephone network, computer online systems, computer equipment, server providers, or software, including any injury or damage to your or any other person’s computer relating to or resulting from participation in this Promotion; inability to access the Website; theft, tampering, destruction, or unauthorized access to, or alteration of Entries; transactions that are processed late or incorrectly or are incomplete or lost due to computer or electronic malfunction or traffic congestion on the Internet or at any web site; printing or human or other errors; and any Entries which are late, lost, incomplete, misdirected, stolen, mutilated, illegible, postage due, or any combination thereof. Online submission is not considered proof of delivery or receipt. Upon submission, all Entries become the property of Sponsor and will not be returned. Sponsor reserves the right to conduct a background check on any prospective Grand Prize Winner and reserves the right in its sole discretion to disqualify any person based on such background check if Sponsor determines in its sole discretion that awarding the prize to such prospective Grand Prize Winner might reflect negatively on Sponsor or any of the Promotion Entities. Failure by prospective Grand Prize Winner to agree to a background check may also result in disqualification. By entering, you agree to release, discharge, indemnify and hold harmless the Released Parties from and against all claims and damages or liability arising in connection with your participation and/or entry in the Promotion and/or your receipt or use of any prize awarded in this Promotion or due to any injuries, damages or losses to any person (including death) or property of any kind resulting in whole or in part, directly or indirectly, from acceptance, possession, misuse or use of any prize or participation in any Promotion-related activity or participation in this Promotion. Any and all warranties and guarantees are subject to the respective manufacturer’s terms. If by reason of a printing or other error, more prizes are claimed than the number set forth in these rules, all persons making purportedly valid claims will be included in a random drawing to award the advertised number of prizes available in the prize category in question. No more than the advertised number of prizes will be awarded. You further understand and agree that all rights under Section 1542 of the Civil Code of California (“Section 1542”) and any similar law of any state or territory of the United States that may be applicable with respect to the foregoing release are hereby expressly and forever waived. You acknowledge that Section 1542 provides that: “A GENERAL RELEASE DOES NOT EXTEND TO CLAIMS THAT THE CREDITOR OR RELEASING PARTY DOES NOT KNOW OR SUSPECT TO EXIST IN HIS OR HER FAVOR AT THE TIME OF EXECUTING THE RELEASE AND THAT, IF KNOWN BY HIM OR HER MUST HAVE MATERIALLY AFFECTED HIS OR HER SETTLEMENT WITH THE DEBTOR OR RELEASED PARTY.” The releases hereunder are intended to apply to all claims not known or suspected to exist with the intent of waiving the effect of laws requiring the intent to release future unknown claims.

7. Conditions of Entry: Entry materials that have been tampered with or altered are void. If in the Sponsor’s opinion there is any suspected or actual evidence of electronic or non-electronic tampering with any portion of the Promotion, or if computer viruses, bugs, unauthorized intervention, fraud, or technical difficulties or failures compromise or corrupt or affect the administration, integrity, security, fairness, or proper conduct of the Promotion, the Sponsor reserves the right at its sole discretion to disqualify any individual who tampers with the entry process and void any Entries submitted fraudulently, to modify, suspend, or terminate the Promotion, or to conduct a random drawing to award the prizes using all eligible, non-suspect Entries received as of the termination date or as otherwise deemed fair and appropriate by Sponsor. Should the Promotion be terminated prior to the stated expiration date, notice will be posted on the Website. In the event of a dispute as to the identity of the prospective Grand Prize Winner based on an email address, the winning Entry will be declared made by the authorized account holder of the email address submitted at time of entry. CAUTION: ANY ATTEMPT BY YOU TO DELIBERATELY DAMAGE THE WEBSITE OR UNDERMINE THE LEGITIMATE OPERATION OF THE PROMOTION MAY BE IN VIOLATION OF CRIMINAL AND CIVIL LAWS AND SHOULD SUCH AN ATTEMPT BE MADE, SPONSOR RESERVES THE RIGHT TO SEEK REMEDIES AND DAMAGES (INCLUDING ATTORNEYS’ FEES) FROM YOU TO THE FULLEST EXTENT OF THE LAW, INCLUDING CRIMINAL PROSECUTION.

9. Disputes/Governing Law: All issues and questions concerning the construction, validity, interpretation and enforceability of these rules, or the rights and obligations of any entrant or the Promotion Entities in connection with the Promotion, shall be governed by and construed in accordance with the laws of the State of New York without giving effect to any choice of law or conflict of law rules or provisions which would cause the application of the laws of any jurisdiction other than the State of New York. Any action or litigation concerning this Agreement shall take place exclusively in the federal or state courts sitting in New York County, New York, and you expressly consent to the jurisdiction of and venue in such courts and waive all defenses of lack of jurisdiction and inconvenient forum with respect to such courts. Any and all disputes, claims, and causes of action arising out of or in connection with this Promotion, shall be resolved individually, without resort to any form of class action. You agree to service of process by mail or other method acceptable under the laws of the State of New York. ANY CLAIMS, JUDGMENTS AND/OR AWARDS SHALL BE LIMITED TO ACTUAL OUT-OF-POCKET COSTS ASSOCIATED WITH ENTERING THIS PROMOTION. YOU HEREBY WAIVE ANY RIGHTS OR CLAIMS TO ATTORNEY'S FEES, INDIRECT, SPECIAL, PUNITIVE, INCIDENTAL OR CONSEQUENTIAL DAMAGES OF ENTRANT, IDENTIFIABLE PERSONS, OR THIRD PARTY PARTICIPANTS, WHETHER FORESEEABLE OR NOT AND WHETHER BASED ON NEGLIGENCE OR OTHERWISE.

10. Severability: If any provision of these Official Rules shall be held invalid, illegal, or unenforceable, such provision shall be enforced to the maximum extent permitted by law and the Sponsor’s fundamental intentions hereunder, and the remaining provisions shall not be affected or impaired, provided, however, that in such cases the parties oblige themselves to use their best efforts to achieve the purpose of the invalid provision by a new legally valid stipulation.

11. Winners List: Beginning on or about August 15, 2022 you may obtain the name of the Grand Prize Winner by going to the Website.

14. Trademark Attribution: The Discovery+® and Trixie Motel™ trademarks are trademarks of their respective owners.

The Promotion and all accompanying materials are © 2022 Discovery Communications, LLC.